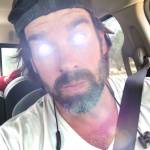 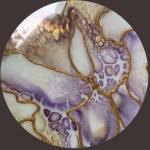 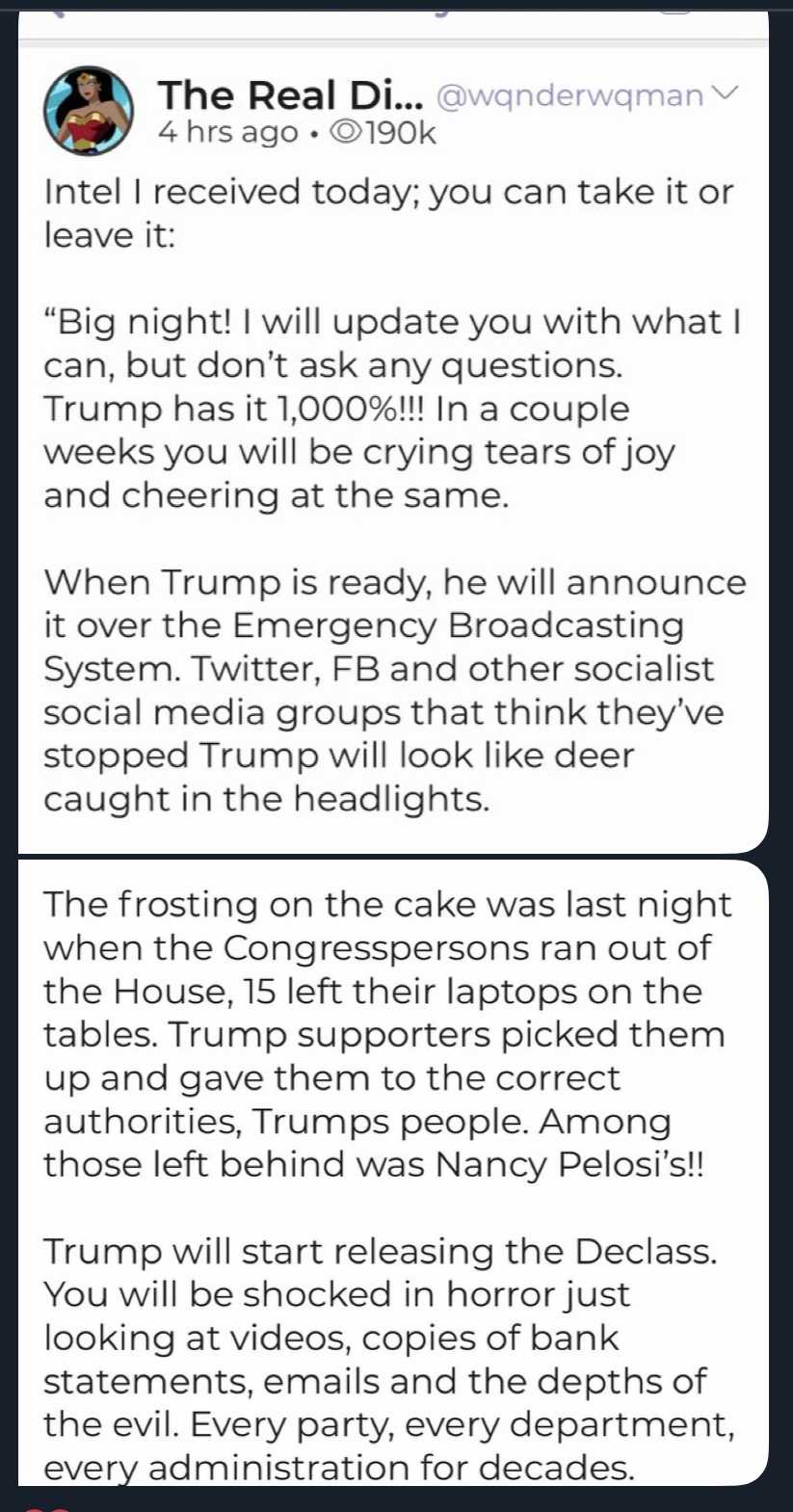 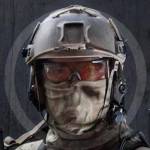 This is exciting everyone!!
From a doctor friend in Cali:

Good Morning everyone here's some updated info for you in regards to where this all stands.

1. No, our President did not concede in his statement this morning.

2. The affidavit of the Whistleblower that proves Italy & Obama were involved in the coup to overthrow our government via election official fraud was delivered on Christmas Eve to the President. How do we know? Marla Maples & Tiffany Trump who Sandy works with sent it all to us (recording) on our WhatsApp group. They are now under protection along with Maria whose voice is the one exposing it all on the recording going around. Here is the recording - 50min. The most explosive section is the first 10min or so.
https://rumble.com/vch2gw-expl....osive-obama-and-renz

3. President Trump won't get a 2nd Term.
Because this was the last recorded term of a President who served in the America Corporation.
He dismantled the Banking Act of 1871 from England. We are going back to a Republic and Trump will be the first President of the new Republic with the Constitution fully intact which includes a start date of the new President of March 4th. This was the original start date of a new President from 1776 until it was changed in 1933 under FDR.

4. Not only was it a set up yesterday via Antifa & the Traitors to disrupt the day to smear us & the President, when our military was brought in they got a hold of everyone's laptops & devices while they went through the building as the traitors scurried to the tunnels ...brilliant! Many of their devices show they were online in real time with Chinese operatives. As far as all the people that caved in yesterday goes, we are watching traitors expose their true characters. This needed to happen.

5. The Georgia Runoff was another military sting to catch them all in the act... hence Italy. Now that they signed and certified the Electoral votes last night, the crime has now been committed. It's Game On! We are now in the season for Treason. Everyone who has signed off has committed treason -  we have now moved from "conspiracy to commit treason", to treason. What makes a good movie? Good actors. Today begins the meat of the movie and 7-10 days Sidney comes out with her special prosecutors report.

6. They suspended the Facebook and Twitter accounts of the President of the United States yesterday. This allows him to communicate through the Emergency Broadcast system, something he has set up and tested to all our cell phones Oct 2018.

7. Once you see the larger picture it makes sense. Don't get caught up in the emotions of what you are hearing or seeing in the media. Remember they are pushing their narrative to keep people divided and in the dark.
Think logically.
This is now a Military Operation & the next 14 days may be rough.
Trump was in Abaline, Tx last night at the DOD Command Center watching this all unfold.
Pray for our country.
Pray for our Military & pray for President Trump & his family.
God Bless & enjoy your day! 🙏🇺🇸 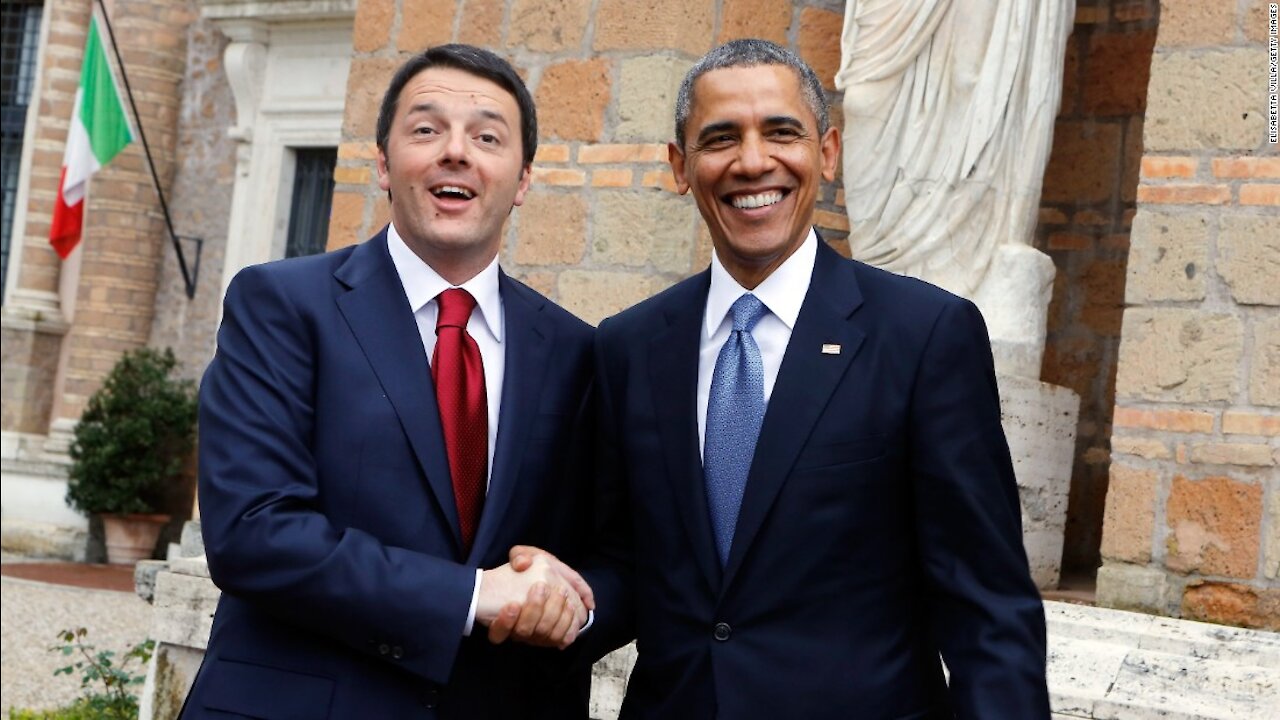 Explosive: Obama and Renzi, former PM of Italy orchestrated the theft of the U.S. election from President Trump. Stephan Serafini coordinated with General Claudio Graziano, a board member of Leonardo.
Please log in to like, wonder, share and comment!
Language

You have poked Pizer203 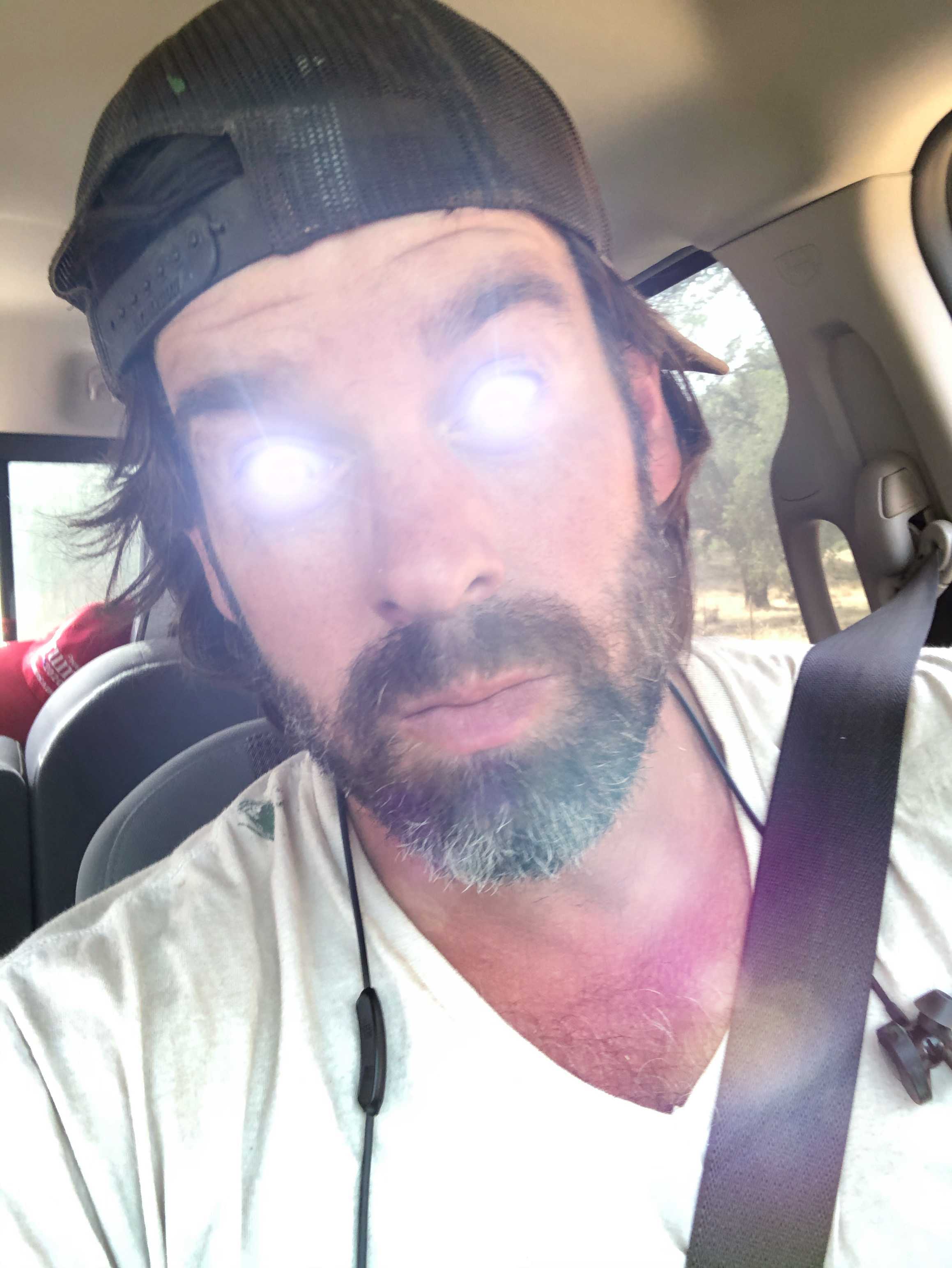